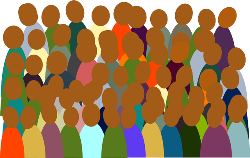 It’s an incredibly exciting thing to see something you’ve created go viral. It means people find it so important that they’re sharing it with anyone who’ll listen.

It means you’ll be enjoying an unprecedented influx of traffic, and that both your name and the brand you represent will be – if only for a brief moment – known across the web.

Is that always a good thing, though?

Maybe not. What happens if you go viral for all the wrong reasons? What happens if – like Alyssa Bereznak – you create a firestorm of fury and controversy? What happens if something you’ve created or done goes viral as a result of the outrage it inspires rather than the value it provides to the reader?

According to Miguel Rogberg, editor of Chairman Media, it can damage your brand – sometimes irreparably.

There’s a big risk in going viral,” Rogberg explains. “If you go viral for the wrong post or end up on the “wrong side,” it may damage your brand. Take a look at what happened to Chick-fil-A when their president made a controversial statement about gay marriage. The media firestorm that ensued caused the company a lot of PR problems, and even though sales improved, the company took a big hit in brand image.”

Of course, even if a viral campaign doesn’t harm your brand, there’s no guarantee it’ll be of any benefit to you, either. By now, you’ve probably all seen the recent Esurance advertising campaign – you know, the one with the clueless grandma? Turns out, the final seconds of that particular ad has been transformed into a meme; the quote “That’s not how that works. That’s not how any of this works” is being spread all over the ‘net.

Know what isn’t being spread, though? Esurance’s original marketing message. People are sharing the ad, but they’re doing so without really thinking about signing up for a new insurance provider. The ad’s popular, but there’s no indication it has increased sales – or that it ever will.

That’s what separates successful viral campaigns from unsuccessful ones. Viral content that helps a brand – Old Spice Guy, for example, or The Most Interesting Man in The World – ends up being shared without alienating users or diluting its marketing. It helps that brand connect with scores of new customers simply by virtue of inspiring emotions strong enough that people want to share it in its entirety – and positive emotions, at that.

While it’s incredible to see content you’ve created go viral, the fact that it’s being shared isn’t always the best metric for success. It isn’t enough to say that everyone’s talking about an ad or article you made – it’s important to know what they’re saying about you and your brand as they do. If they’re speaking ill of your organization (or not talking about it at all), then there’s a good chance that going viral will do nothing for you – or worse, that it’ll actually harm you.