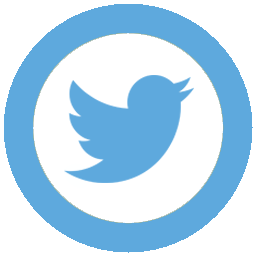 To follow up on Jen’s recent post about Twitter’s eight-year anniversary, I thought I’d compile a short list of mistakes that businesses regularly make on Twitter. Twitter is one of those platforms that everyone thinks they should be on, but that few people take advantage of in a way that can actually benefit their business.

Because you can automatically push your Facebook posts to Twitter using the Facebook app, tons of businesses do this, thinking it gives them an active Twitter presence without having to do any extra work.

However, there are two big reasons this doesn’t work in your favor. For one, your Facebook audience expects different things from you than your Twitter audience does. A post, link, image, or comment that someone likes on Facebook may not be interesting to a Twitter audience, which seeks quicker and easier-to-digest bits of information.

The average Twitter user’s feed fills up and refreshes often, so your tweet will quickly get pushed off the page. It’s true that Facebook’s algorithm is changing so that business pages get less visibility, but generally a Facebook post may stick around a bit longer than a tweet.

I don’t mean to pick on the Arvada Center; they put on some great shows and are an amazing organization. But here’s an example of a Facebook post that just doesn’t work as a tweet. Clicking back to Facebook to read the rest of this is the last thing I want to do:

2. Following too many or too few people

We all want followers. If a tweet is tweeted into Twitter and no one is around to hear it, does it make a sound? Well, no.

One way that we get followers is by following other people first, which lets them know we’re here. It can be tempting to follow everyone Twitter recommends, but this doesn’t allow us to strategize, and we end up with a major imbalance of followers and followees.

You can use a tool like Followerwonk to identify people who follow your competitors or other businesses that you claim an affinity with. Then, you can strategically follow certain people within those groups.

And it may be obvious, but make sure you’re following other organizations that you regularly do business with; follow your friends, your neighbors, nonprofits. Follow people and companies that you want to support; they need followers as much as you do.

We always try to maintain a relatively even ratio of followers and followees, and every once in a while I go through the list of people I’m following to make sure they’re still active on Twitter. If not, I unfollow them.

If you don’t follow anyone or if you follow too many people, you are less likely to get followers. There are some strange psychological games that we’re required to play on social networks, but they’re not any different than the social games we play in everyday life.

Birds tweetingTwitter is a social network. This means that we’re expected to participate socially. We interact, we engage. We don’t broadcast our own message all the time and expect people to care (see #4 for more on this one).

This is where the retweet comes into play. I recommend retweeting at least once a day. Retweet other organizations and people who are saying or doing interesting things. Retweet links to articles that are relevant to your community to show that you’re interested in engaging with them on Twitter, and it also shows that you find other people as interesting as you find yourself.

However, there are limits. If you retweet every time someone mentions you this can get old real fast. We don’t want to see your retweets polluting our news feed, and the reason your followers followed you in the first place is because they want to know what you have to say, not what other people are saying.

Retweeting should be done, but it should be done with care and thought, rather than as a constant– or worse yet, automated–exercise.

Brands whose tweets only to link back to their own website are a special kind of annoying. This defeats the entire purpose of a social network by turning it into a billboard. Yes, we do care about your blog and products, but no, that’s not all we want to see.

We want to see who else you support, what you find interesting, and discover the personality of your business. If you’ve done your work in marketing, then you’ve probably already developed personas. Find people who resemble those personas and make sure that you’ve created a voice.

There is an exception to this rule. If your business is a news site, then you don’t need to worry about linking to anything but yourself. That’s because you’re providing an extension of your service on Twitter. Your service is news. Twitter itself is a rolling news feed.

In any other case, though, I’d highly recommend curating interesting content that extends beyond your own site, services, and products.

Buffer did a study to measure engagement on tweets with expanded image, and they found that engagement goes up when a tweet includes an image.

Tweets that include images also show that you’re active on Twitter and not just linking to your Instagram or Facebook accounts. Images add even more realtime relevance to what you’re doing.

If your business is hosting or attending an event, make sure to tweet an image from the event and tag relevant people and businesses within that tweet. It highlights the community aspect of social media and shows that you’re active in a way that 140 characters can’t.