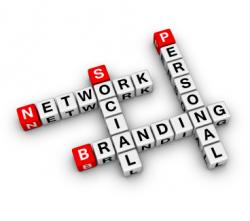 Print advertising is tanking. Internet advertising, whilst growing, is not growing particularly fast, and certainly isn’t catching up to fill the titanic sized gap left by print.

As a result, a number of publishers who rely on advertising for the lion’s share of their revenue are either struggling, going belly up, or changing their models.

The Need For More Effective Advertising

We recently looked at paywalls. More and more publishers are going the paywall route, the latest major publisher being The Washington Post.

Given the ongoing devaluation of content by aggregators and their advertising networks, few can blame them. However, paywalls aren’t the only solution. Part of the problem with internet advertising is that as soon as people get used to seeing it they tend to block it out, so it becomes less effective.

We looked at the problems with display advertising. Federated Media abandoned the format and will adopt a more “social” media strategy.

We also looked at the rise of Native Advertising, which is advertising that tightly integrates with content to the point where it’s difficult to tell the two apart. This opens up a new angle for SEOs looking to place links.

The reason the advertising gap isn’t closing is due to a number of factors. It’s partly historical, but it’s also to do with effectiveness, especially when it comes to display advertising. If advertisers aren’t seeing a return, then they won’t advertise.

Inventory is expanding a lot faster than the ability or desire of advertisements to fill it, which is not a good situation for publishers. So, internet publishers are experimenting with ideas on how to be more effective. If native advertising and social are deemed more effective, then that is the way publishers will go.

A powerful global conversation has begun. Through the Internet, people are discovering and inventing new ways to share relevant knowledge with blinding speed. As a direct result, markets are getting smarterand getting smarter faster than most companies

That seems obvious now, but it was a pretty radical idea back then. The book was written before blogs became popular. It was way before anyone had heard of a social network, or before anyone had done any tweeting.

Consumers were no longer passive, they were just as likely to engage and create, and they would certainly talk back, and ultimately shape the message if they didn’t like it. The traditional top-down advertising industry, and publishing industry, has been turned on its head. The consumers are publishers, and they’re not sitting around being broadcast at.

The advertising industry has been struggling to find answers, not entirely successfully, ever since.

Move Away From Display And Towards Engagement

In order for marketing to be effective on the web, it needs to be engaging to an audience that ignores the broadcast message. This is the reason advertising is starting to look more like content. It ‘s trying to engage people using the forms they already use in their personal communication.

For example, this example mimics a blog post encouraging people to share. It pretty much is a blog post, but it’s also an advertisement. It meets the customer on their terms, in their space and on their level. For better or worse, the lines are growing increasingly blurred.

The company “doesn’t need reporters,” Fletcher said, because it has a billion members who can provide content.You guys are the reporters,” Fletcher told the audience. “There is no more engaging content Facebook could produce than you talking to your family and friends.

People aren’t reporters in the journalistic sense, but his statement suggests where the revenue for advertising lies, which is in between people’s conversations. As a side note, you may notice that article is “brought to you by our sponsor”. Most of the links go through bit.ly, however they could just as easily be straight links.

The implication is that a lot of people aren’t even listening to reporters anymore, they want to know about the world as filtered through the eyes of their friends and families. The latter has happened since time began, but only recently has advertising leaped directly into that conversation. Whether that is a good thing or not, or welcomed, is another matter, but it it is happening.

Direct-Response Marketing is a type of marketing designed to generate an immediate response from consumers, where each consumer response (and purchase) can be measured, and attributed to individual advertisements.[1] This form of marketing is differentiated from other marketing approaches, primarily because there are no intermediaries such as retailers between the buyer and seller, and therefore the buyer must contact the seller directly to purchase products or services.

Brand ads, also known as “space ads,” strive to build (or refresh) the prospect’s awareness and favorable view of the company or its product or service. For example, most billboards are brand ads.

Online, the former works well, but only if the product or service suits direct advertising. Generally speaking, a lot of new-to-market products and services, and luxury goods, don’t suit direct advertising particularly well, unless they’re being marketed on complementary attributes, such as price or convenience.

The companies that produce goods and services that don’t suit direct marketing aren’t spending as much online.

But curious changes are afoot.

Those who advertise on Facebook will have noticed the click-thru rate. Generally, it’s pretty low, suggesting direct response isn’t working well in that environment.

Click-through rates on Facebook ads only averaged 0.05% in 2010, down from 0.06% in 2009 and well short of what’s considered to be the industry average of 0.10%. That’s according to a Webtrends report that examined 11,000 Facebook ads, first reported upon by ClickZ.

It’s not really surprising, give Facebook’s user base are Cluetrain passengers, even if most have never heard of it:

Facebook, a hugely popular free service that’s supported solely through advertising, yet is packed with users who are actively hostile to the idea of being marketed to on their cherished social network……this is what I hear from readers every time I write about the online ad economy, especially ads on Facebook: “I don’t know how Facebook will ever make any moneyI never click on Web ads!

But a new study indicates click-thru rates on Facebook might not matter much. The display value of the advertising has been linked back to product purchases, and the results are an eye-opener:

Whether you know it or noteven if you consider yourself skeptical of marketingthe ads you see on Facebook are working. Sponsored messages in your feed are changing your behaviorthey’re getting you and your friends to buy certain products instead of others, and that’s happening despite the fact that you’re not clicking, and even if you think you’re ignoring the ads……his isn’t conjecture. It’s science. It’s based on a remarkable set of in-depth studies that Facebook has conducted to show whether and how its users respond to ads on the site. The studies demonstrate that Facebook ads influence purchases and that clicks don’t matter

Granted, such a study is self-serving, but if it’s true, and translates to many advertisers, then that’s interesting. Display, engagement, institutional and direct marketing all seem to be melding together into “content”. SEOs who want to get their links in the middle of content will be in there, too.

You may notice the Cluetrain-style language in the following Forbes post:

Some innovative companies, like Vine and smartsy, are catching on to this wave by creating apps and software that allows a dialogue between a brand and its audience when and where the consumer wants. Such technology opens a realm of nearly endless possibilities of content creation while increasing conversion rates dramatically. Audience participation isn’t just allowed; it’s encouraged. Hell, it’s necessary. By not only providing consumers with information in the moment of their interest, but also engaging them in conversation and empowering them to create their own content, we can drastically increase the relevancy of messaging and its authenticity.

Technology Has Finally Caught Up With The Cluetrain

Before the internet, it wasn’t really possible to engage consumers in conversations, except in very limited ways. Technology wasn’t up to the task.

But now it is.

The conversation was heralded in the Cluetrain Manifesto over a decade ago. People don’t want to just be passive consumers of marketing messages  they want engagement. The new advertising trends are all about increasing that level of engagement, and advertisers are doing it, in part, by blurring the lines between advertising and content.